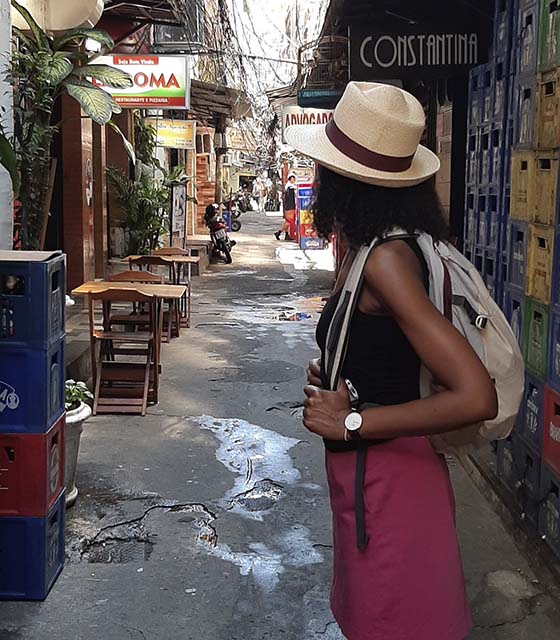 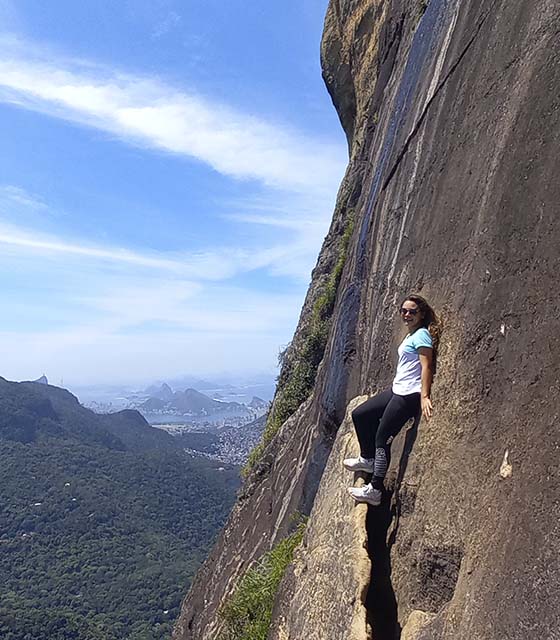 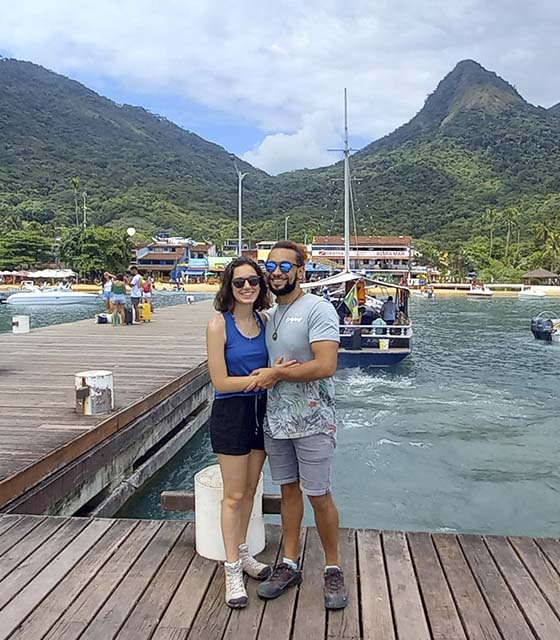 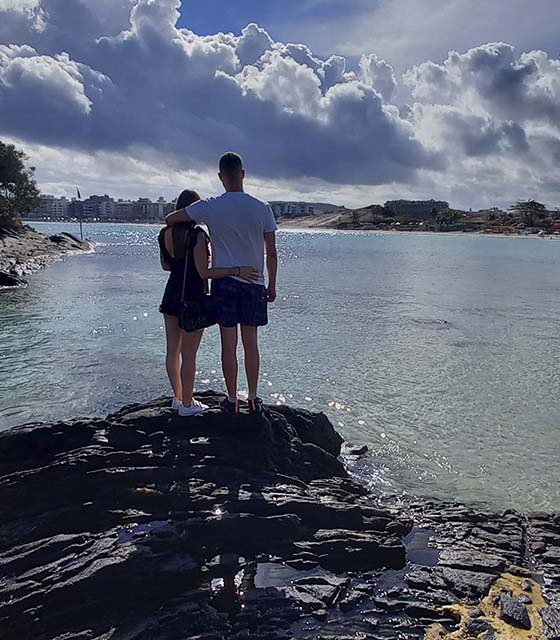 Small hike in the Park of Tijuca, ideal for people who like to walk, but not too much, this visit is perfect.

"A Trilha dos Estudantes" : it's easy to access, locomotion and orientation. As its name suggests, it is designed for educational use that can be realized by children. Road signs along the way provide information and curiosity about the flora of Tijuca National Park. During the walk, visitors can contemplate different park attractions. At the beginning of the track, going up the "Rio Tijuca", there is the "Cascatinha Taunay". A little further, you come across benches that were discovered in the nineteenth century. After that, visitors will find the graceful "Capela Mayrink". Finally, visitors can see the permanent exhibition "A Forest in the Metropolis" at the Visitor Center, the final destination of the track. 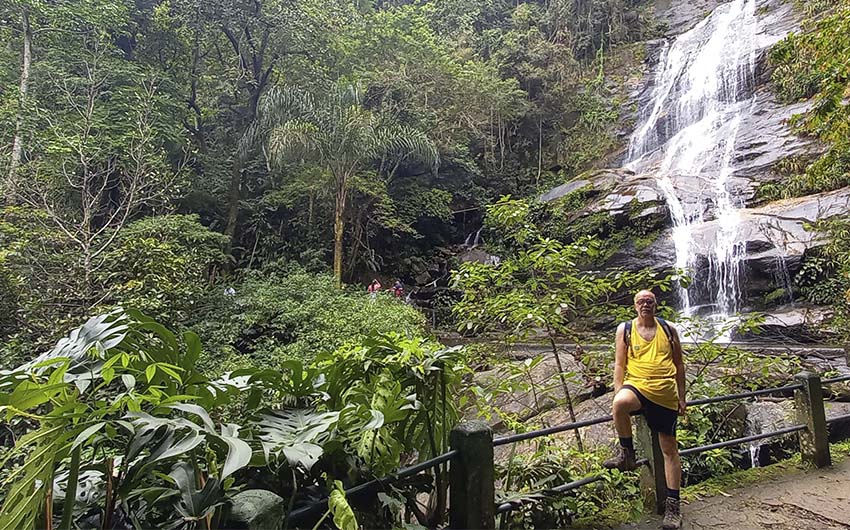 In 1860, the engineer Job Alcÿ¢§ntara was hired by the imperial government to build the beautiful stone bridge in the shape of a Roman arch, which is opposed to the "Cascatinha Taunay. " The highest waterfall of the PNT is formed by the waterfall "Rio Tijuca, Rio Conde" and other tributaries. In 1817, the artist Nicolas Antoine Taunay built a small house near the Cascatinha and became enchanted by it. He immortalized the beauty of the waterfall in his paintings. He became the big host of the forest, organizing meetings for the court. The Taunay house was demolished in 1946. In the site was built the restaurant "Cascatinha". 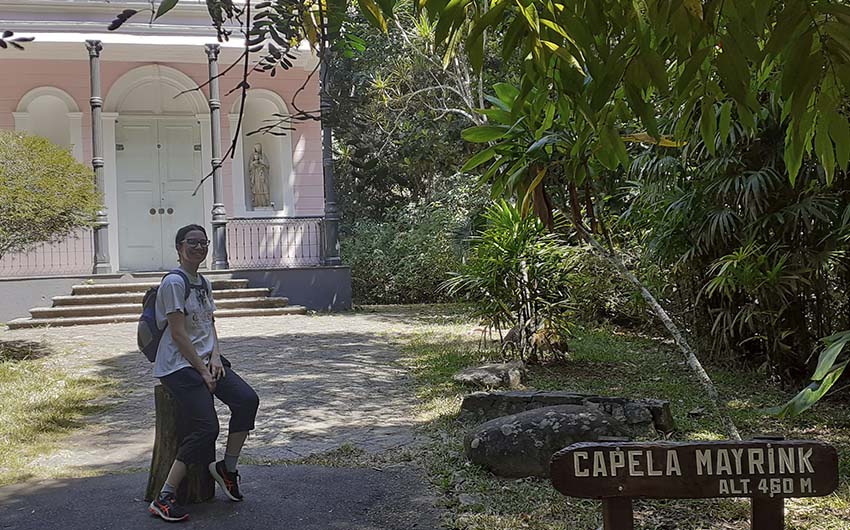 Located in the middle of the forest, the pink color enchants visitors of the Tijuca Park. It was built in 1855 by Viscount Antonio Souto Alves, owner of Fazenda Boa Vista. At first, she received the name of Our Lady of Bethlehem; in 1896, she was renamed Mayrink Chapel after the area was sold to councilor Francisco de Paula Mayrink. The painter has made four paintings for the chapel entitled: ô¨ Our Lady of Mount Carmel with the baby Jesus on His Knees ô£, ô¨ Saint-Simon ô£, ô¨ St. John of the Cross ô£, ô¨ Purgatory ô£. Today, the originals are in the custody of the National Museum of Fine Arts. The Mayrink Chapel is near the Visitor Center.

A good leisure tip is the painters' corner (Recanto dos Pintores), a space with toys, ponds and a picnic and barbecue area. There are toilets, water and parking near the site, which is in front of the reception center. In the end of 2013, the space has undergone a revitalization that has improved the infrastructure to accommodate visitors with more comfort and convenience.

Small space as its name indicates to practice in all tranquility Thaÿ¢§ chi and meditation ... The Lago de Thaÿ¢§ Chi is located at 327 meters taking a small hike just starting in the "Recanto dos Pintores". It is important when you arrive on this place, to remain silent, or at least not shout so not to annoy the praticants. 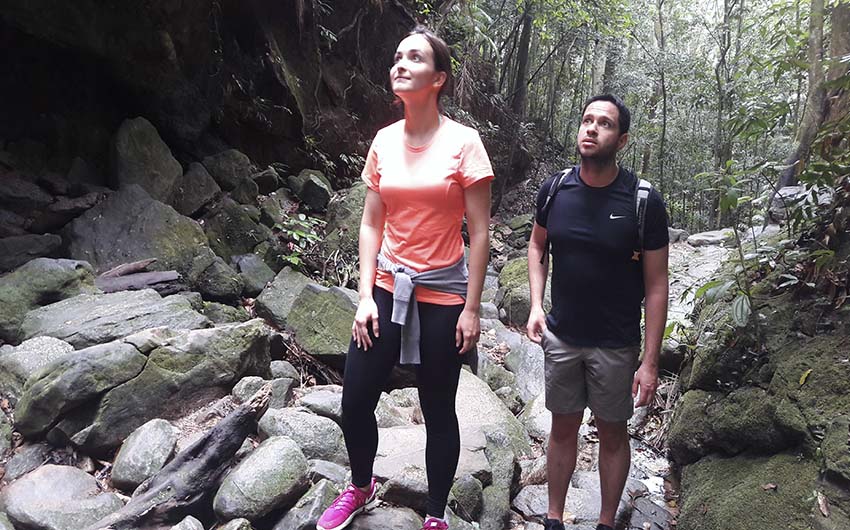 The only waterfall or bath that is allowed in this area, "Cachoeira das Almas" is located approximately three kilometers from the entrance gate of the park. The track, which has most of the flat path, starts near the visitor center and follows along the "Cachoeira das Almas". The name comes from the time of slaves, it was a place where they praticated their religion.

The name "Lago das Fadas" was given by the second administrator of the forest, the Baron Escragnolle. It had a unique landscape of Glaziou and is located in a former pond that has been dammed and restored by the architect Wladimir Alves de Souza in 1944. 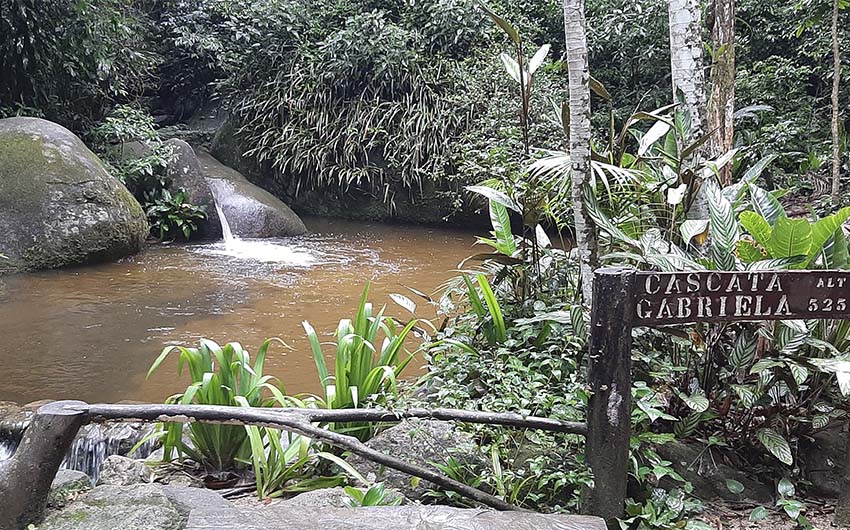 "A Cascata Gabriela" : path called "Caminho da Saudade". Importantly, bathing is not allowed on this site.
"Cascata Gabriela" is one of the most charming places in Tijuca National Park. Dazzled by the beauty of the waterfall, the sister of Baron de "Escragnolle Gabriela Hermÿ¢§nia", was one of the local inhabitants. To honor his sister, the Baron has named the "Cascata Gabriela".